In a cold, cramped hostel room in JNU during my first winter in Delhi, I fell in love with the Gita Govinda[i]. Shivering in my inadequate Bombay sweaters, I spent most of my time on a narrow bed, my existence book-ended by an absurdly clunky laptop on my desk and a temperamental electric cooker perched on an empty suitcase. Surrounded by the detritus of my life, I watched DVDs, mesmerised as Bharatanatyam dancers from 1980s Kalakshetra danced the Gita Govinda with self-conscious restraint. I pierced my heart, sighing when Radha and her sakhi (friend), still oblivious of their destiny, bemoaned the fate of other deserted lovers. And I rolled my eyes as Radha and Krishna fluttered their eyelashes and coyly held hands through the supremely erotic kuru yadunandana[ii], cross-referencing Rukmini Devi Arundale’s choreography with Kelucharan Mohapatra’s bolder interpretations of the ashtapadis in Odissi.

Meanwhile, on the other bed, my roommate was also falling in love. Her boyfriend was a sailor. Long e-mails made their way across the seas, and shore leave saw them cooing to each other on Skype. One night, I woke to find my roommate sobbing. It was over. They’d broken up online. Drenched in the ashtapadis, all real-world love seemed trite. Yet, as I embraced my roommate and mumbled comforting things, I was awestruck by how heartbreak traversed long distances with an eerie velocity—over telephone lines, from one e-mail account to another, in SMSs that read ‘V r ovr’.

Since that cold winter, the ashtapadis have opened up for me exquisite and layered narratives about love and desire. Two years later, I was in love for the first time. Now, I danced love poems as if my life depended on them. I was sure I really got Radha, who was miserable in separation, as she flinched from the soothing touch of flowers and sandal paste. I wistfully stared at birds, bees, and trees. The world was awash in melancholy. I had discovered longing.

As I oohed and aahed over the ashtapadis, I also learned to dance them—a process that has a remarkable way of jolting you back to reality. “Take smaller steps; this is Radha walking, not you”, my dance teacher laughed. I petulantly asked her how Radha found her way through the forest while taking baby steps. My dance teacher laughed some more.

But while Radha was infinitely admirable, the sakhi intrigued me the most. Who was this woman who patiently walked through the forest in search of Krishna, condensing Radha’s hopes and fears into her epistles? The sakhi is the lone go-between, the only medium of communication shared by Radha and Krishna. Silently, invisibly, she strings their love together, offering good counsel and sound amorous advice. When the lovers have patched up, she quietly blends into the background.

In the ashtapadis choreographed in Odissi by Kelucharan Mohapatra, his imagination embellishing Jayadeva’s text, the sakhi underscores her love and concern for Radha with a hint of amorous anticipation. She tells Radha: Don’t let your heavy hips slow you down; Krishna waits for you on the banks of the Yamuna, his senses on edge, straining to hear you walk through the forest.

I was greatly enamoured by these archetypes of love in classical dance. But I also struggled with becoming them, and with reconciling them to my own notions of womanhood. It was easier to find resonance with the sakhi of the Oriya champu[iii]. She is perky and flirtatious, verging on roguish, as she widens her eyes and tut-tuts at Radha’s longing.[iv] In the kha-champu, approximately in the middle of the entire series, she tells Radha:

Oh, you’re a woman of courage to have fallen in love with Krishna, but now you are ruined; you are beyond redemption. You’re trying to grasp at flowers that are beyond your reach. You’re setting yourself up for disappointment by aiming for the unattainable. Loving Krishna is akin to sleeping on the sharp edge of a sword – don’t be surprised if cuts sting.

This Sakhi is delightfully acerbic and merciless, driving Radha into a frenzy. But in the end, you always know that she cares, that she will make love happen.

Who was this sakhi? What were her hopes and fears? Whom did she love? Though she is central to the telling of the story, we know little about her. She becomes the person you want her to be—sometimes compassionate friend, sometimes rival for Krishna’s affections. Most importantly, she ‘triangulates’[v] the love story, offering the lovers a foil for their desire. Her presence allows Radha and Krishna an opportunity to project and deflect dreams, fantasies, allegories, and accounts that stray beyond the boundaries of ‘chaste love’. In sakhi he, the sixth ashtapadi of the Gita Govinda, Radha implores her sakhi to bring the slayer of Kesi (euphemism for Krishna) to her. She recounts her first night of lovemaking with Krishna—presumably a fantasy. In the course of the poem, the nervous, young bride who steals out of her marital home, her body taut with fear, turns into a woman who has known love. A few stanzas later, she is bathed in sweat, her clothes clinging to her body, and this renews Krishna’s desire for her. With stunning unselfconsciousness, she now narrates to the sakhi the intensity of her lovemaking. [vi] It is the sakhi who makes room for this complexity and vulnerability in the crevices of a love otherwise policed by propriety, devotion, and self-restraint.

While I delighted in retellings of mythical love and desire, I strode through the world, riding my bike in saris and swiping right on Tinder. For the sake of dance, I struggled to teach myself the lexicon of shyness—casting coy, sidelong glances into the mirror, fluttering my eyelashes as I lowered my eyes and, hardest of all, learning not to fling my arms and legs into expansive, endless space or parade with my hands on my hips as I waited for love to come my way.

These physical markers seemed so far removed from my natural self. But I now realise that shyness takes many forms. Some weeks ago, as I grappled with the idea of the epistolary in dance, an amorous interest texted, “You’re shy…I don’t know what it’ll be like when we come face to face. We’re both better with words. Write and talk”. The anonymity of the smartphone triangulates my desire. I say and hear things I wouldn’t know how to assimilate without this distancing, the unacknowledged relief of not having to look into someone’s eyes as I lay myself bare.

When we meet, I know I will be plagued by the uncertainty of not knowing how to desire, how much to desire. I know, and then again, I don’t. With these thoughts in my head, I revisited the Kalakshetra Gita Govinda. Radha and her sakhi dance the ode to springtime, lalita lavanga, holding hands as they make their way through the forest, delighting in the romantic lushness of nature. Again and again, as they dance the line virahi janasya durante, lamenting the plight of deserted lovers, they look at each other, haltingly, reassured in their belief that they are not alone.

[i] The Gita Govinda is a 12th century Sanskrit epic poem by the poet Jayadeva. It is divided into 24 ashtapadis or poetic fragments.

[ii] The final ashtapadi of the Gita Govinda, where Radha and Krishna engage in playful and intimate conversation after a night of lovemaking.

[iii] The champu sarani is a series of poems that narrate the love story of Radha and Krishna, one for each letter of the Oriya alphabet.

Ranjana Dave is an Odissi dancer and arts writer. Her work has been published widely, in print and online publications. In Bombay, she co-founded Dance Dialogues, an initiative that works with dance makers and dance lovers, helping them connect with provocative and diverse ideas, individuals and institutions. As a dance practitioner, her interests include performance and teaching, with a focus on making personal meaning of classical dance and making it accessible. She lives in Delhi and is Programmes Director at the Gati Dance Forum.

VOLUME 2. ISSUE 4.
TABLE of Contents
DANCE AND THE EPISTOLARY

American choreographer Remy Charlip, when he could not choreograph on a dancer in person, invented his seminal “Air Mail Dances”. He sent dancers postcards with drawings of different poses, but how those poses connected and coalesced into a dance was left to the dancers’ physical replies.

Such connections between dance and the epistolary are not hard to find. There are the back-and-forth musical sequences between Bollywood lovers, the forever complicated triangle between Radha, Krishna, and the sakhi of classical dance. And there are also real correspondences that give us insight into particular choreographies, processes, and historical developments. European travellers writing home about Nautch girls. Merce Cunnigham and John Cage on creating by chance. Or letters to the editors of newspapers arguing for and against the dances of devadasis.

Ligament’s first 2017 issue looks at the epistolary impulses— exchanges of secrets, loves, epiphanies, and feuds—in different dances. The issue also reframes letter, postcard, and email writing as a potentially more intimate and immediate way to write about and respond to dance.

In a string of correspondence between Karthika Nair and Tishani Doshi published in Granta (130: April 2015), Nair writes that dance is like “calligraphy on water, the cat’s paw ripple that vanishes even as it is created, but one that marks the landscape in that act of evanescence”. The epistolary shares this transience. Although preservable in the receiver’s archive, a letter, once it is written and sent (maybe even to get lost along the way), ceases to be for the one who wrote it. 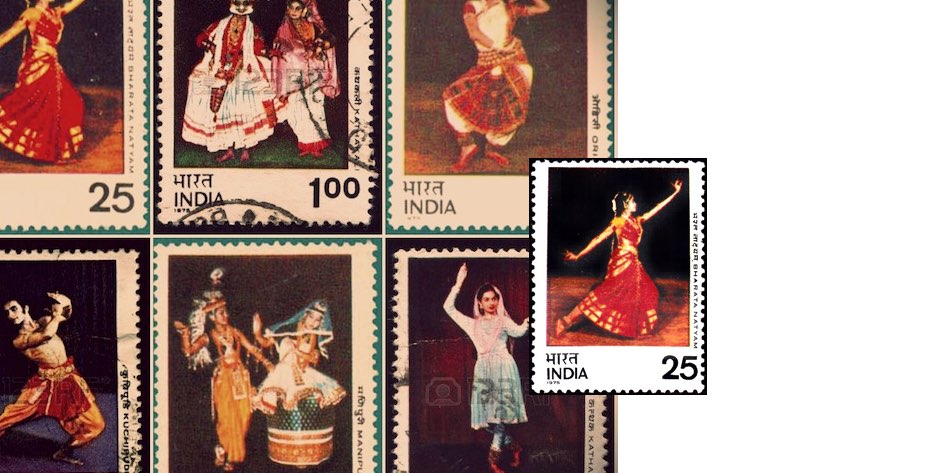 Return to Sender
The Indian Posts and Telegraph Department 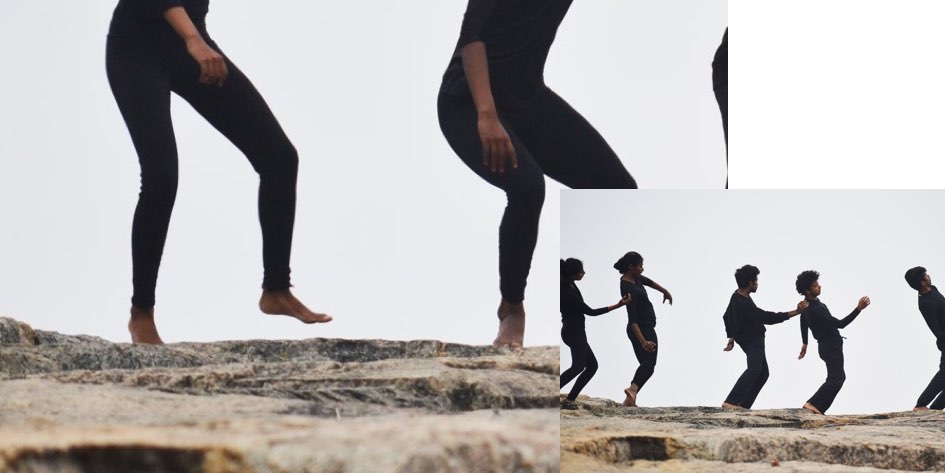 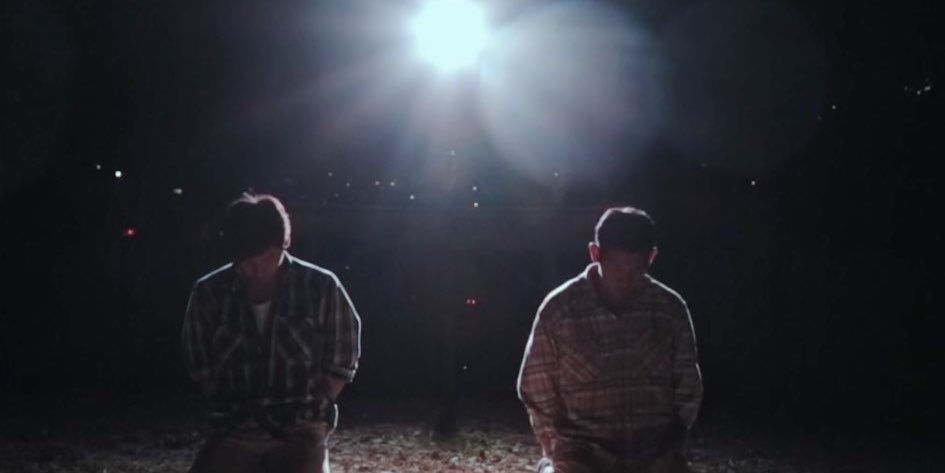 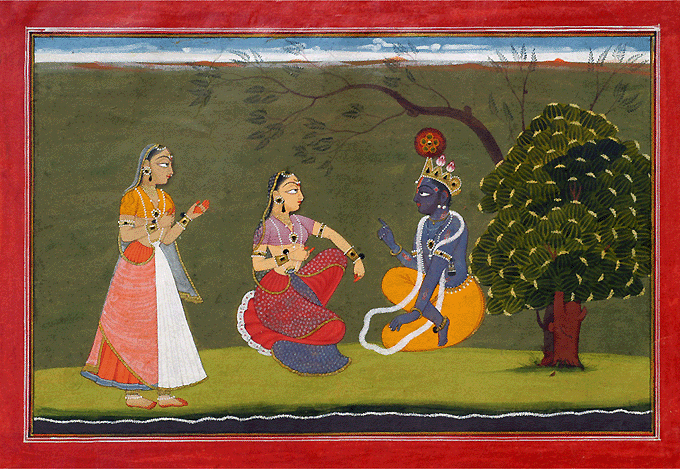 It’s in Your Hands
Sujay Saple

Four Postcards to a Dancer from a Theatre Maker
Deepika Arwind