I write this on a day when the world has recently witnessed the victory of a hatred-monger businessman as the President of one of its most powerful nations—an example of the failings to which most democracies seem to be admitting, as violent right-wing ideologies emerge all over the world. Thinking of the Jawaharlal Nehru University (JNU) student protest in retrospect, I would say, one could perhaps look at it as a foretelling of the U.S. presidential catastrophe that was to come some eight months down the line. Yet, I am motivated to mobilize the protest, by remembering, reflecting, and writing, as a ‘hopeful consequence’ of the Trump victory. A ‘Euphoria’ that pre-matured, before it could follow the level of socio-political exhaustion the world seems to have been bearing with the ‘building-up-across-time’ of events such as Trump victory.

As I see it, time is fragmented, and connects itself through past, present, and future with the quality of an ‘eruption’. Being a dancer, I see the ‘spiraling’ body in dance as a “performative” (J.L Austin in Butler, 1997) that beautifully condenses into itself such an idea of time. As the body confuses its linearity with a ‘spiral’, it makes ‘waves’, wherein it can, at regular or irregular intervals, reach a high point of that wave, sometimes in the chest, sometimes in the curve of the arm, sometimes in the isolation of the hip or the bend of the head. And then it calms down, only to soon enter another wave, another spiral, at another location and time in the body.

Let me hold this thought and introduce my reflections on the recent student protest at JNU that resulted from some students’ participation in an event titled ‘Country without a post-office’. Amidst a range of performative ways through which the protest realised itself, what formed for me the fulcrum of the protest was the students’ act of sloganeering. The sloganeering gripped the protest firmly together and consolidated it into the historical moment as it is seen today. The sloganeering had a “ceremonial” (Butler, 1997) occurrence and inspired a very significant aesthetic in protest performance. This was the aesthetic of ‘togetherness’ (Nicolas Bourriaud in Lindley, 2009), wherein, each time a chorus emerged, it did so with a theme of being together.

What is so significant and relevant about the aesthetic of ‘togetherness’? What does raising voice together with others really uphold? For me, it upholds a tremendous sense of ‘Euphoria’, an extreme excitement from which the sentiment of ‘solidarity’ emerges. That is also exactly why I called the JNU protest a ‘hopeful consequence’, because I tend to imagine in it a strong resemblance to the ‘proletariat revolution’ that Marx has been understood to have imagined—the heroic climax of an exploitative capitalist world.

As scenic as it was for me, the massive conglomeration that the JNU protestors formed together displayed a tableaux in which slogan-raising acquired the ability to bring its sole meaning into immediate effect. This tableaux had no protagonist, no one hero, but many unsung ones emerging from time to time. This appearance and disappearance became valuable because it dissolved the possibility of a clear ‘centre’ (Gitlin and Peck, 2005). And such dissolving of a centre, for me, describes the necessary condition, the optimism, of a ‘Euphoria’.

A typical slogan-raising moment in the protest would unfold like this: A lecture going on at the ad-block (an area in the University, right outside the administrative building, where most activities of the protest took place). The person speaking says something that exhilarates the gathering of listeners. Someone in the gathering takes the onus to mark that moment of exhilaration by shouting, “Le ke rahenge Azadi!” (“We are determined to win freedom!”). And so, one sees the slogan spiralling in the space as more voices, located at different stations, get absorbed into the spiral, until the slogan amplifies and consumes the whole space, much like a tidal wave.

Having been a student at JNU for the past nine years now, and having participated in the Euphoric protest myself, I can say it was truly overwhelming to witness the dissolving of the ‘centre’ in the sloganeering that the protestors unknowingly and beautifully choreographed. Just as the dancing body can feel that high-point of the wave in a spiral, witness itself entrusting the wisdom of its wholeness into just one body part—chest, arm, hip, head—the protest could raise the slogan at any moment. Anyone, standing anywhere in the conglomeration, could shout and the rest of the voices would always come together.

So how did the Euphoria, the spirals, the waves of slogan-raising transcend through the bodies of the protestors at JNU? How did they exhibit that the protest, despite its collective, was felt ‘personally’ by the protestors? It was the ‘fist-raising’ gesture that had the ability to call for the undivided attention of the body of each protestor—an alert presence, almost an exhaustive emotional involvement. This gesture cannot simply be performed, it has to be commanded. And, to me, only a deep engagement with the protest could that make possible. It was only after physically internalising the protest’s agitation that one had the ability to roar a slogan and raise a fist. The joyous, motivating, strengthening, overwhelming experience that this gesture could generate, for both its performing and spectating bodies, was something that a body present in those moments will always remember. The performative that then emerged from the union of slogan text, such as “Azadi” (“Freedom”) and “Halla-Bol” (“Let us conquer”), and the fist-raising gesture, immediately stimulated a sense of unity, and charged the space so much that the mere presence of a body in the slogan-raising conglomeration became extremely performative.

To me, the ‘spiral’ of a dancing body and the slogan-raising of the protest are constituted by the same politics. The politics that rejects a centre-margin binary, a sense of uninterrupted time, and hierarchical space. The politics that urges for difference, possibilities, and so, justice. In other words, the spiral of the dancing body and the slogan-raising of the protest are like those eruptive moments of ‘togetherness’ in time that both make us question as well as resolve us towards the unity of our purpose. We sense a ‘collapse’—perhaps it is a sense of ‘shifting centres’ or the failures of the heroes and the decision makers who were thus far never questioned. These are the times that value Euphoria, indulge in Euphoria, and call for Euphoria to salvage humankind. The times when a dancing body truly expresses, ‘let me turn and jump and twist however I please and dance relentlessly!’. These are the times when we see people shouting together, people rejecting all boundaries and coming onto the streets—people who come to believe that it is time for them to change the world. Yet again!

Meghna Bhardwaj is a PhD scholar at the School of Arts and Aesthetics, Jawaharlal Nehru University, Delhi. Currently in the final stages of her dissertation, she is working on the idea of ‘Contemporaneity’ in dance in the Indian context. Trained as a dancer in Ballet, Modern, and Contemporary techniques, Meghna has been a resident at Gati Summer Dance Residency, 2015; Choreolab and Symposium, Singapore, 2015; American Dance Festival, WDA, China, 2014; and MASA Dance Journey Program, Kibbutz Contemporary Dance Company, Israel, 2014. She has presented her academic writing at the IFTR Conference, Stockholm, 2016, and has been published in the Journal for Emerging Dance Scholars (JEDS), 2016.

In October of this year, during its annual IGNITE! dance festival, Gati Dance Forum launched the much-awaited Tilt. Pause. Shift: Dance Ecologies in India. The book’s various essays consider how we in India might generate a localised, yet internationally-aware, vocabulary to discuss, describe, and push back against the various modes of contemporary dance practice in this country. The first of its kind, the book took three years to complete and anchored IGNITE!’s three-day conference themed Form. Identity. Dissent. The conference, with panels that ranged from “Activism and Sexuality in Performance” to “Pedagogical Modes of Transmission Emerging from Classical Dance”, raised many questions that run through the book: What is contemporary dance? How does it, or should it, speak to a classical or colonial past? How can it negotiate its present? What aesthetic form must that present take?

Through interview, essay, poetry, and photography collected from India, Pakistan, and Sri Lanka, this issue attempts to unravel the aesthetics and politics that surround South Asian contemporary dance and its makers. 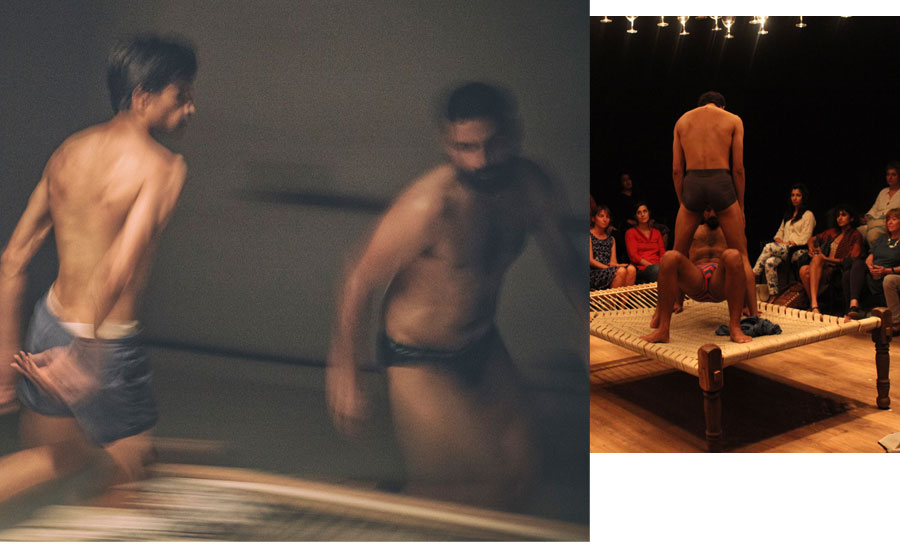 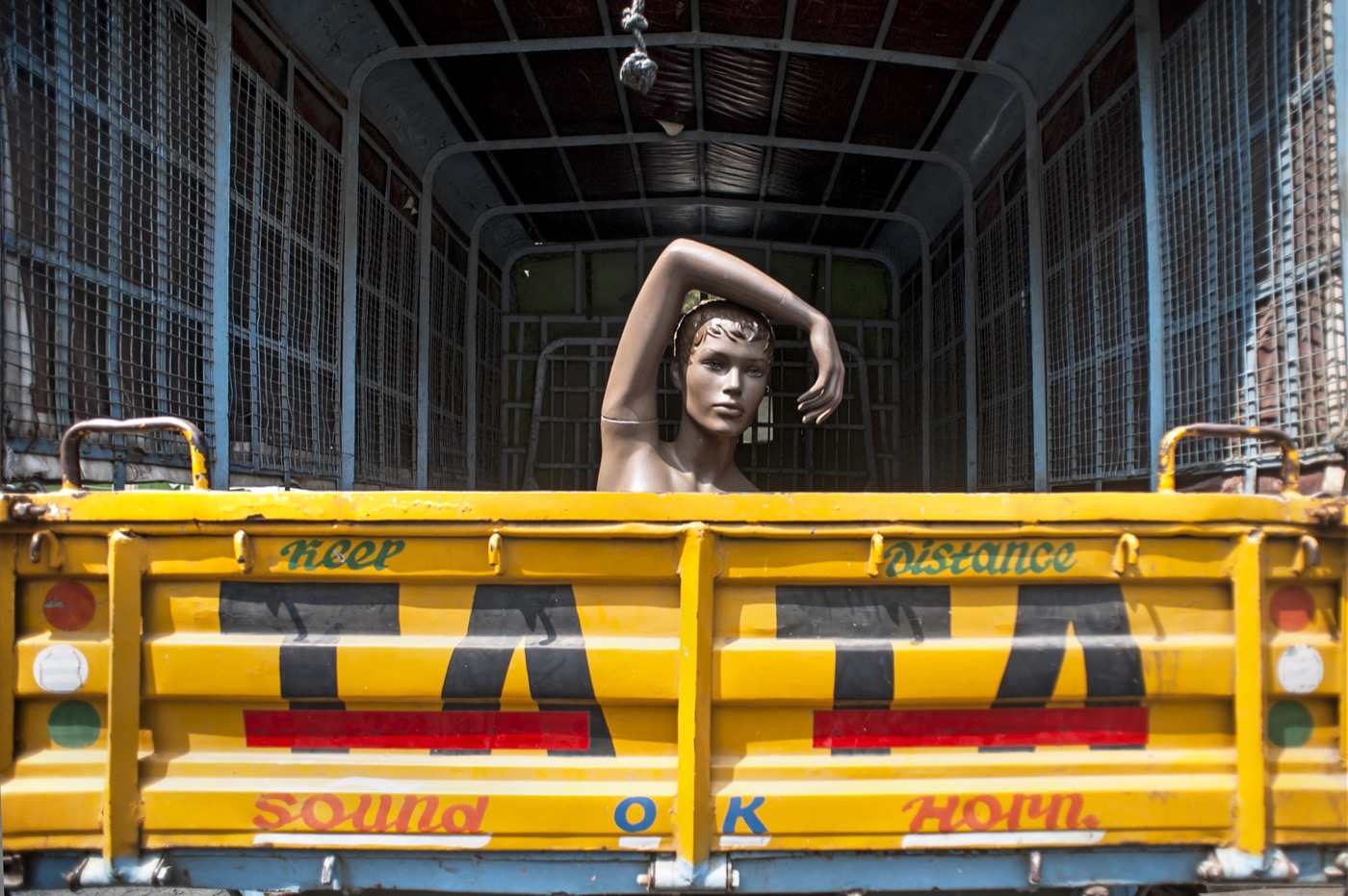 Surjit Nongmeikapam talks about his current projects, as a part of "From somewhere in the middle"

Sadanand Menon, art critic and photographer, speaks with Ligament’s Editor, Poorna Swami, on the history of dance in India and the history of India itself.

A Poem By Karthika Nair 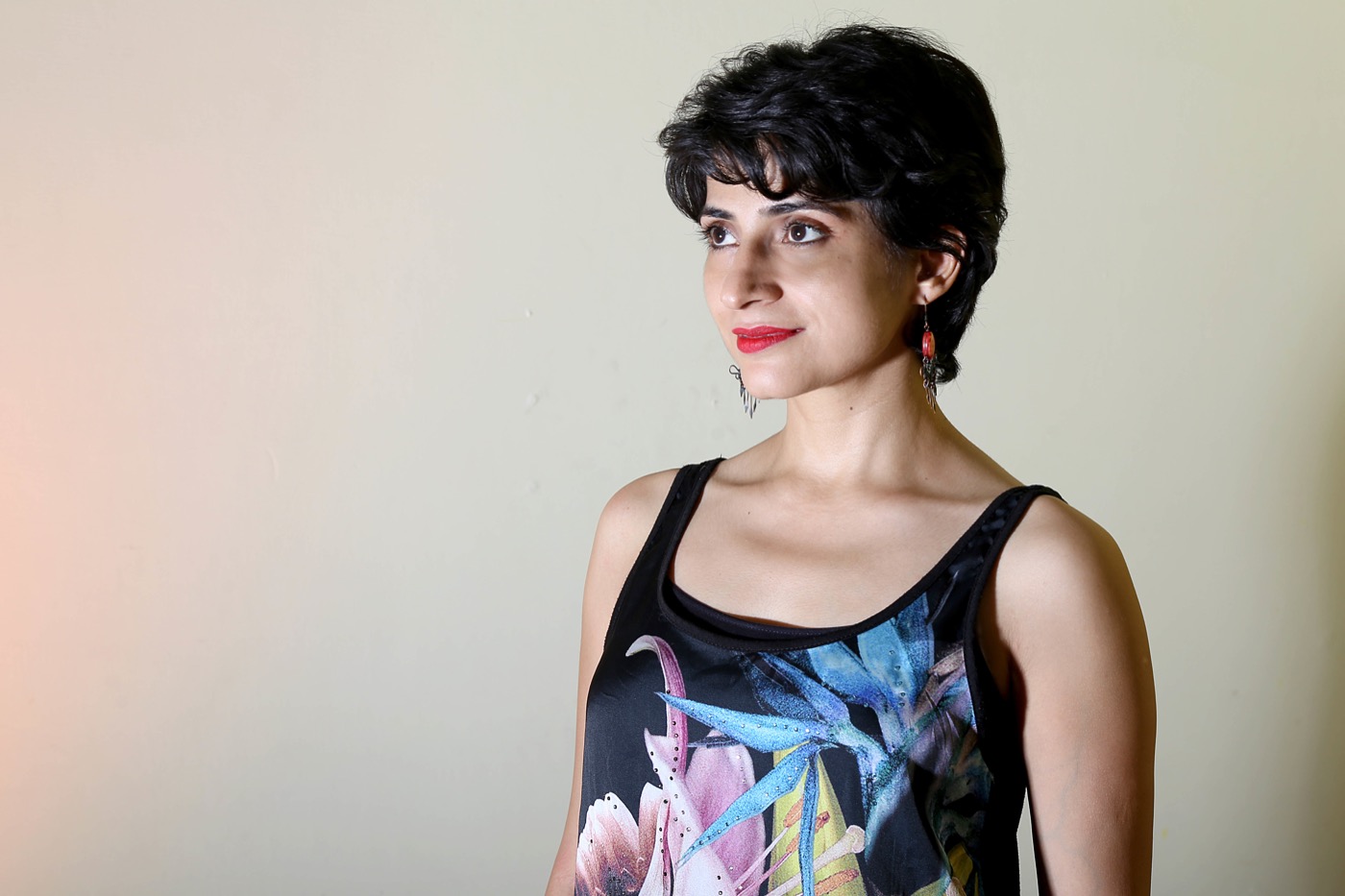 Choreographer Venuri Perera discusses dissent, dance, and community with Asim Siddiqui, as a part of "From somewhere in the middle"