What was that elbow knee thing we tried two weeks ago?

My palms start sweating and a shade of crimson sweeps over my cheeks. Luckily for me, someone from the company I am working for shows a distorted version of the ‘elbow knee thing’. I am certain this is not what had been laid out but I cannot contest it because I do not remember.

I have never paid too much attention to documentation. I have always justified to myself that the beauty of forgetting in rehearsals is the possibility of magical discoveries as the body plays with memory and remapping. I have certainly had some breakthroughs as a result of this method, but also moments of frustration when I just could not go back to what felt ‘right’. 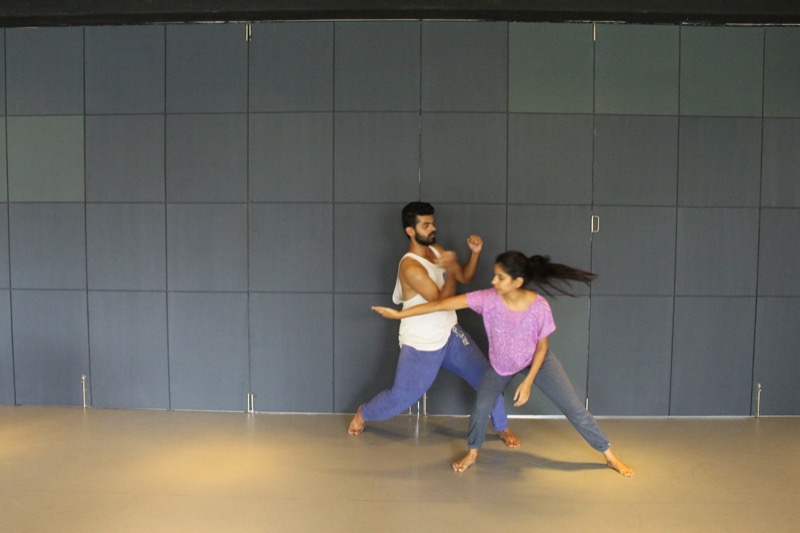 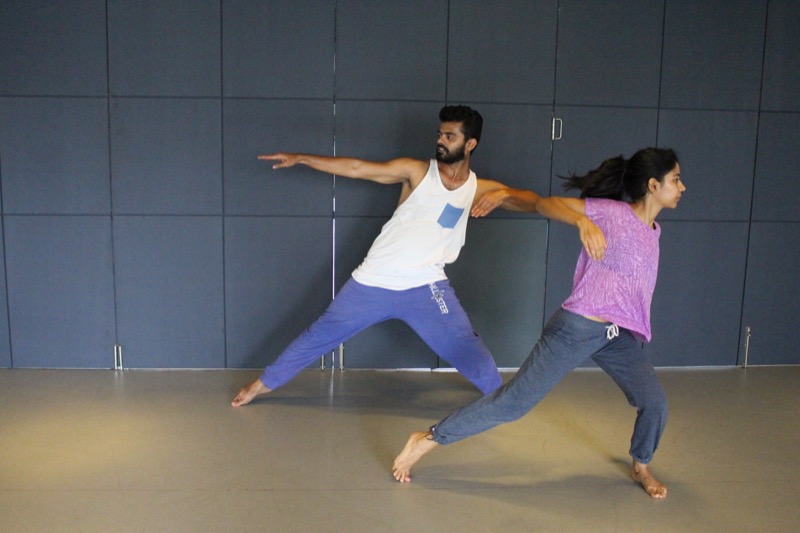 However, for Say,what?, the piece I am currently working on, I vowed that I would aggressively document rehearsals using every possible medium I could access. Not only is this a first for me, but also particularly important given that the piece is a duet with Vishal, a deaf dancer who is trained only in Bollywood dancing. We both were entering unfamiliar territory and I wanted to be sure that I recorded how we negotiated a new language of both movement and communication.

I have used notation, photographs, video, written observations, recorded voice notes, and drawings in the process of developing this work. Archiving the work using different mediums has expanded the possible points of entry for both Vishal and I. Referencing each of these documents over the course of the rehearsal process has helped concretise ideas into clear compositional tools. We have relied on rehearsal video as starting points for new and sustained explorations, which in turn have helped maintain continuity and clarity through the process. Given the specificity of sign language, the videos have also helped me tremendously in correcting my own signing.

I collaborated with a filmmaker during the initial rehearsals to capture Vishal and I as we worked on our first set of ideas. I remember being uncertain about having someone else in the studio. I was worried that Vishal and I would pander to the lens and this would disrupt the authenticity of the material. Even though Vishal and I were aware of the filmmaker’s presence, we became unaffected after a while.

The filmmaker’s footage revealed how a third person viewed Vishal and I, especially how we communicate. Although I had made video recordings myself, the filmmaker’s treatment was vastly different.

Sign language relies heavily on visuals and a lot of Vishal’s and my material started with us simply drawing, making sound notations, and responding to those. This exercise added a playfulness to the rehearsals—more so for me because some days, we rehearse for hours in complete silence.

Writing random thoughts, observations, new things to explore, snatches of conversations with Vishal or other people, makes creating easier on days when I need a bit of inspiration. When my dramaturge watches rehearsals, I briefly jot down important points or relevant words and then go home and write my reflections on our conversation. Not only does that reinforce some his observations as an outside eye, but also helps me further articulate the work for myself.

I have used the voice recorder to record feedback after work-in-progress showings. A lot can be forgotten during the feedback sessions as one flows in and out of various conversations about the piece. To be able to listen to those observations at a later point makes it easier to draw on them. As an exercise, Vishal and I also used the recorder to capture the sounds of an entire day, first his, then mine. It was interesting for me to compare the sounds of both our worlds.

As we near the completion of the work, I find myself with an entire spectrum of documentation that makes me wonder if these in turn can become art works themselves.

Avantika Bahl is a dance practitioner based in Mumbai, where she makes her own work and teaches. She studied at the London Contemporary Dance School and has previously made a full-length work, {wonkot}, and two short solos, 11048,M81 and Here at the Gati residency and Facets residency respectively. She also helps run Dance Dialogues, a platform that connects independent dance makers in the city. She is currently working on Say, what?, a new full-length piece that uses sign language to deconstruct the notion of communication.

‘Archive’ comes from the Greek ‘arche’, which is the ‘beginning’ or ‘origin’. We often think of archives as public records, rooms filled with stuff that is dusty and deteriorating. But if we think of archive as its etymology, we are offered a wider definition—a beginning could be anywhere.

Ligament’s December 2016 issue sifts through multiple archives, multiple beginnings for different dancers and dances—in the body, in the museum, in the home, in memory. And by unravelling these far flung repositories, the issues asks whether dance can ever have a singular archive, if it always has multiple beginnings.

Archived Within Me
Tishani Doshi

An artist and an art historian chance upon a forgotten dancer

A Glimpse of Alice Boner’s Archive

A Vow to Document
Avantika Bahl