VOLUME 2. ISSUE 7.
Rhythm in the Body, Rhythm of the Mind

At the eighth edition of the Attakkalari India Biennial, there was ample innovative use of sound in performance. While most of the performances had pre-recorded sound played off-stage, a few performances used live musicians and singers onstage alongside the dancers. I found two performances, Vuyani Dance Theatre’s Ketima and Lusia Cortesi’s Liquido, from the Centre Stage programming particularly intriguing because they demonstrated a complex relationship between movement and the rhythm of the sound score. These works showcased different ways of sound contributing to a layered understanding of a dance work.

Ketima chronicles the journey of life from birth to death to rebirth. Four dancers portray curiosity, joy, sorrow, and mostly light-heartedness to the beats of a drum. The drummer is seated downstage left and sets the tempo for the movement. There’s occasionally Western classical music that intervenes from the sound box but most of the soundscape is built by the drummer. The movements are directed mainly from the hips and the lower back and synchronise with the music in such a smooth fashion that the spectator experiences harmony and calmness at once. The high energy of the performance doesn’t strain our attention, nor does it challenge our perception of the relationship between sound and movement. Conventionally speaking, one can describe it as the dancer making the sound visible to the viewer. The sync between the body and the music’s rhythm helps create a harmonious effect visually and phenomenologically. In many traditional dance forms, in India and elsewhere, the rhythm of the music dictates the nature of the movement. For example, community and social dances seldom make a distinction between singing together and dancing together. 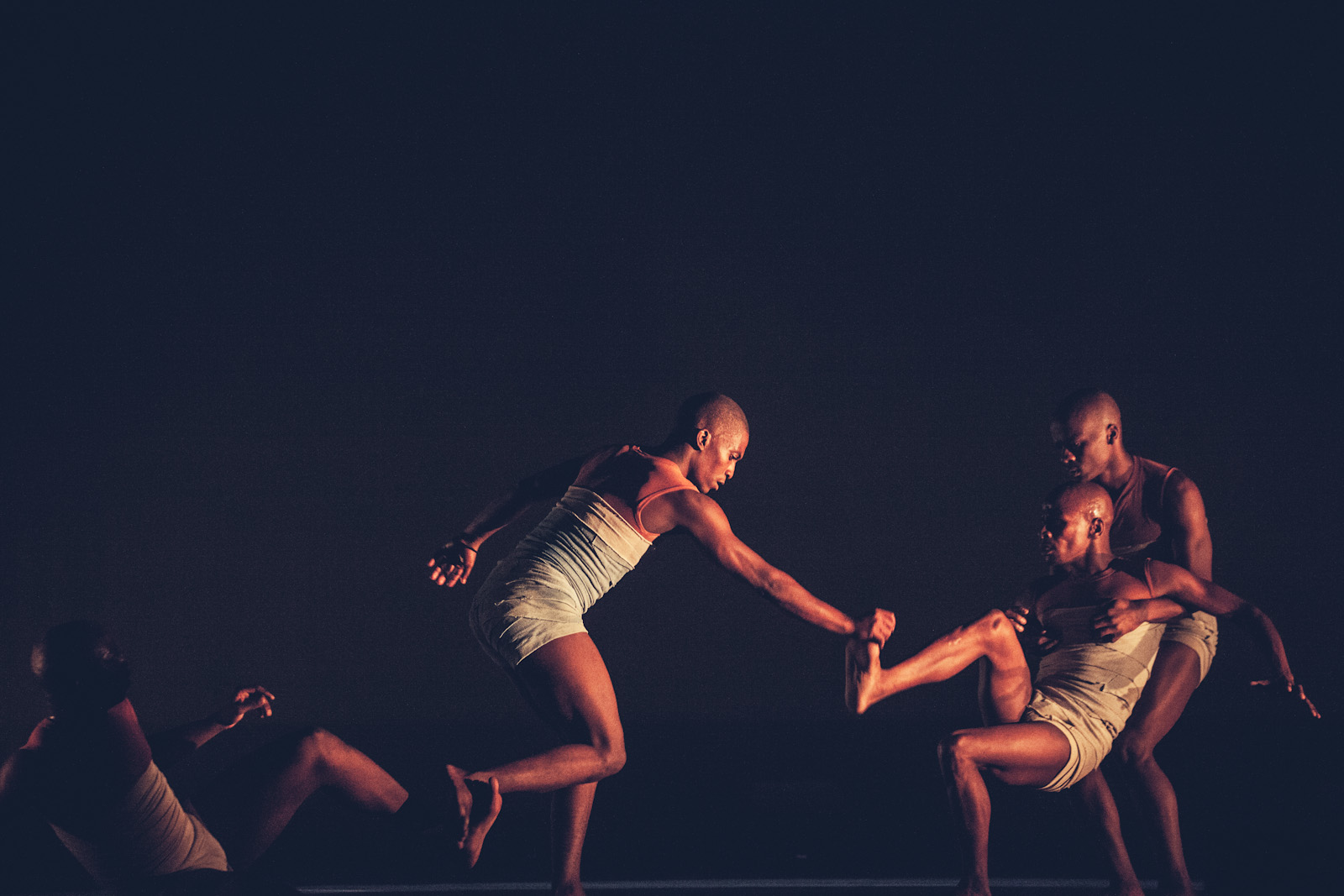 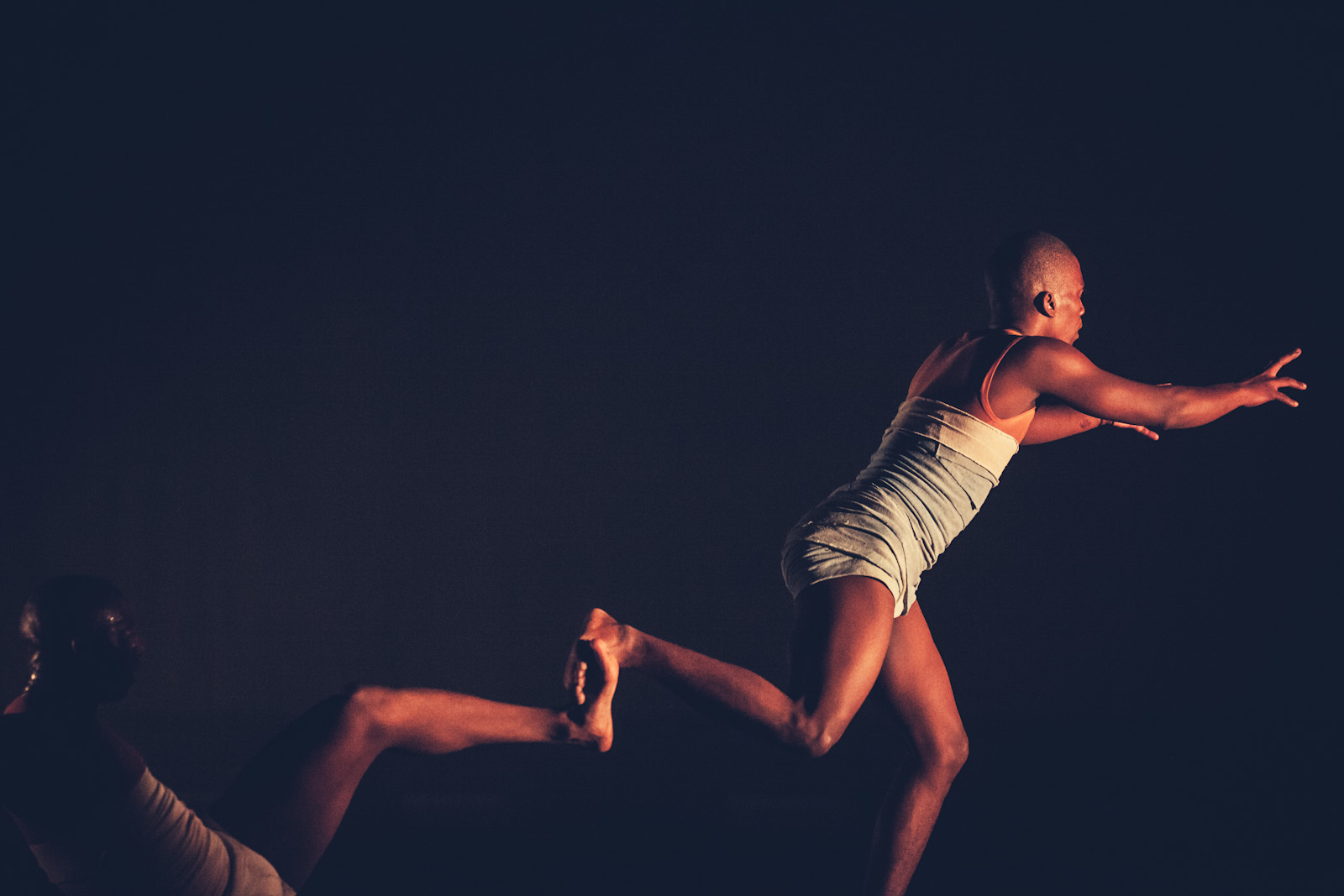 Ketima manages to bring this vibe into an auditorium. Although it has been created for a stage and choreographed in great detail, it still reminds us of community dance. The complementing relation between percussion beats and movement runs the risk of creating unchallenging predictable structures of movement but in Ketima, it isn’t so. Here, it isn’t a give-and-take between the music and movement. Rather, the music simply acts prompt, fades into the background, and movement takes over, which intentionally makes it a dance performance.

In Liquido, a solo by Luisa Cortesi with live music by Gianluca Petrella, one sees a continuous and rippling dialogue between music and movement. In the written blurb to the piece, the first line states, “this piece is not an improvisation”. This makes one wonder whether the performance is truly choreographed to look like an improvisatory piece? The performance begins with the dancer walking on stage and moving without any music. This sets the independence of the music and movement clearly. In this case, the music and the movement are not treated as complementary elements. The piece isn’t interested in creating a straightforward harmony but in highlighting the conflicts and compromises the two art forms have to make to be in dialogue. 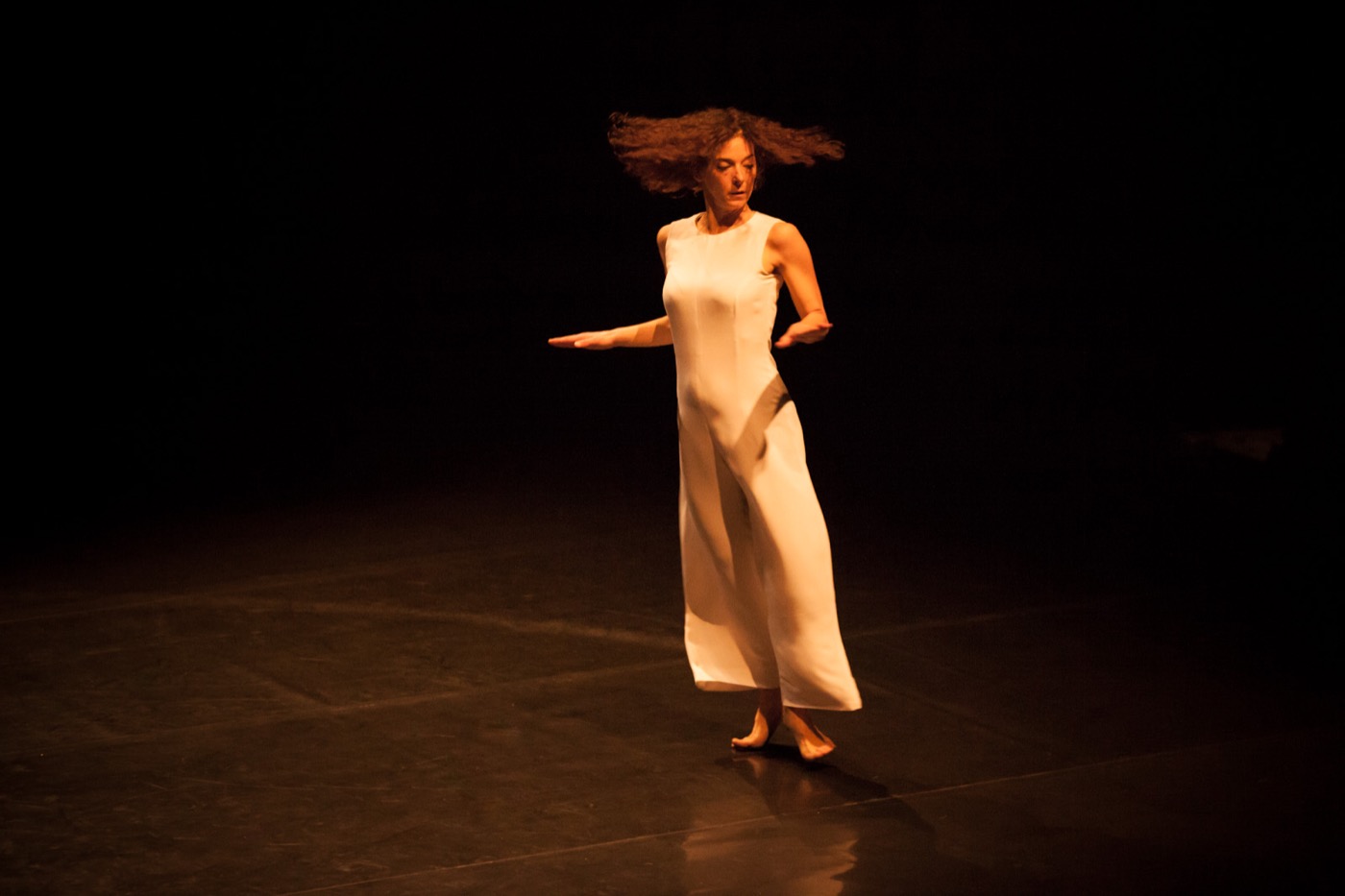 The musician is set up with trombone and sound equipment upstage. His choice of jazz music, with its inherently diverse notes and tones, creates an unfamiliar and sombre ambience. Cortesi’s movements, while predictable, still come across as refreshing because of her strange sense of ownership that motivates each of her movements. It’s like the movements are not directed by choreography, music, training or even the viewer’s expectation, but simply by her own desires and emotions. Cortesi’s sharp and clear movements travel between the territories of defiance and surrender. They create a difficult space for the desires and ambitions of the viewers to be negotiated because not everyone feels invited into the work. In a way, the viewers receive the performance in ‘liquid form’—liberated and malleable, asking the audience to bring meaning with their own engagement.

In both Ketima and Liquido, live music lets the audience witness the creative process of music making, which in turn enhances our experience of watching dance. It’s understandable that audiences are attracted to the melody of music, but seeing that melody translated onto an elastic body gives us another kind of pleasure. In watching Ketima, we are swept over with feelings of joyful memories and pleasant emotions. Although the work is narratively quite simple—the piece ends with a child dancer replicating movements of the first solo—Ketima captures the child-like innocence and beauty through the harmony between music and movement.

In beautifully stark contrast, Liquido portrays the wisdom and complexities of an old soul. There’s more grace than immediate beauty, and the performance quite ably binds and reveals emotive layers that echo an ancient relationship between movement and music. Liquido gradually unravels this complicated and complex relationship in front of us and unlike Ketima, which takes us on a journey, invites us to witness moments of rupture in a journey. Liquido dabbles with the motivations that make us start, stop, and alter our journeys and the strength of this work lies in forefronting that conundrum. We’re left with the gratifying feeling that to investigate and show the profundity of the human condition, we will always have to go back to the movement arts.

Himalaya Gohel is a dance researcher and a PhD student at the School of Arts and Aesthetics, JNU. His research revolves around community dance forms and traditional movement structures.