VOLUME 2. ISSUE 7.
The Visibility of Edges

“I want to stand as close to the edge as I can without going over. Out on the edge you see all kinds of things you can't see from the centre” —Kurt Vonnegut


The Attakkalari India Biennial 2017 clearly defines its edges. With nine parts to the festival, there are multiple invitations to engage: from Centre Stage (internationally acclaimed performance work) and Studio Encounters (masterclasses and technique classes) to Platform 17: Emerging South Asia (artists showcase) to the Writing on Dance Laboratory (an intensive collaborative writing workshop), the Attakkalari team are generous with their offer. 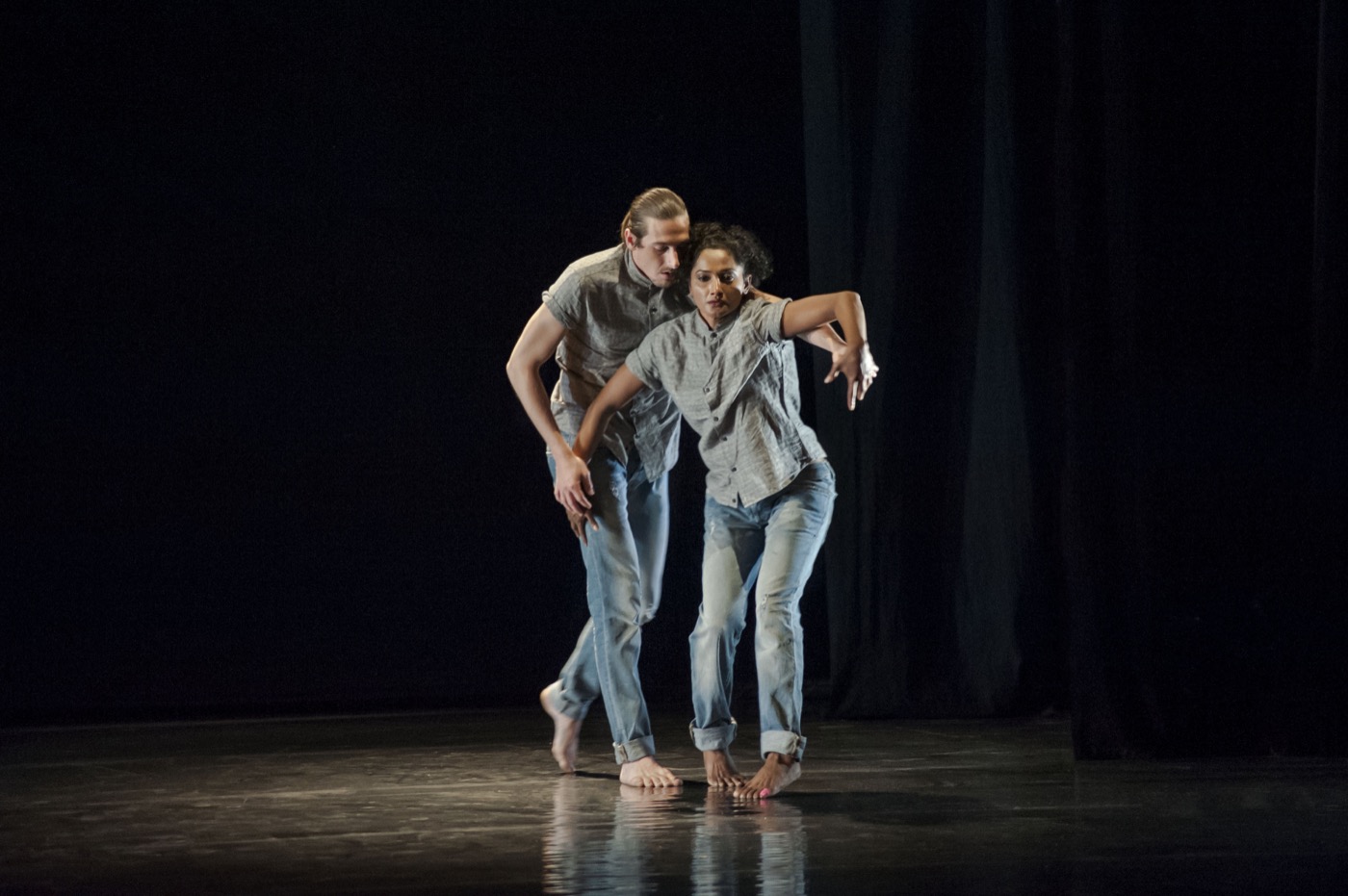 An edge has multiple definitions, it can be a margin, extreme verge, or the outside limit of an object. It can also be a sharp terminating border. An edge acts as a way-marker, a place of definition between spaces, and offers us something to hold on to. Within this context I look at Mandeep Raikhy’s Queen-size and Jori Kerremans Some Time Today for Tomorrow and consider their edges of touch, authenticity, and repetition.

STTFT “examines notions of trust, equality, and inequality between two people” while Queen-size “examines the nuts and bolts—carnal, mechanical and emotional—of a close encounter between two male bodies, as a response to Section 377 of the Indian Penal Code that criminalises homosexuality in India”. Both are duets. Both explore touch. Here the similarities end. Kerremans and Hemabharathy Palani dance for 12 minutes. They start together, turned inward, facing and folding their limbs into each other. Kerremans is about 20 centimeters taller and in their initial embrace there is an awkwardness as he cranes his neck and torso, trying to settle in the cracks of Palani’s body. 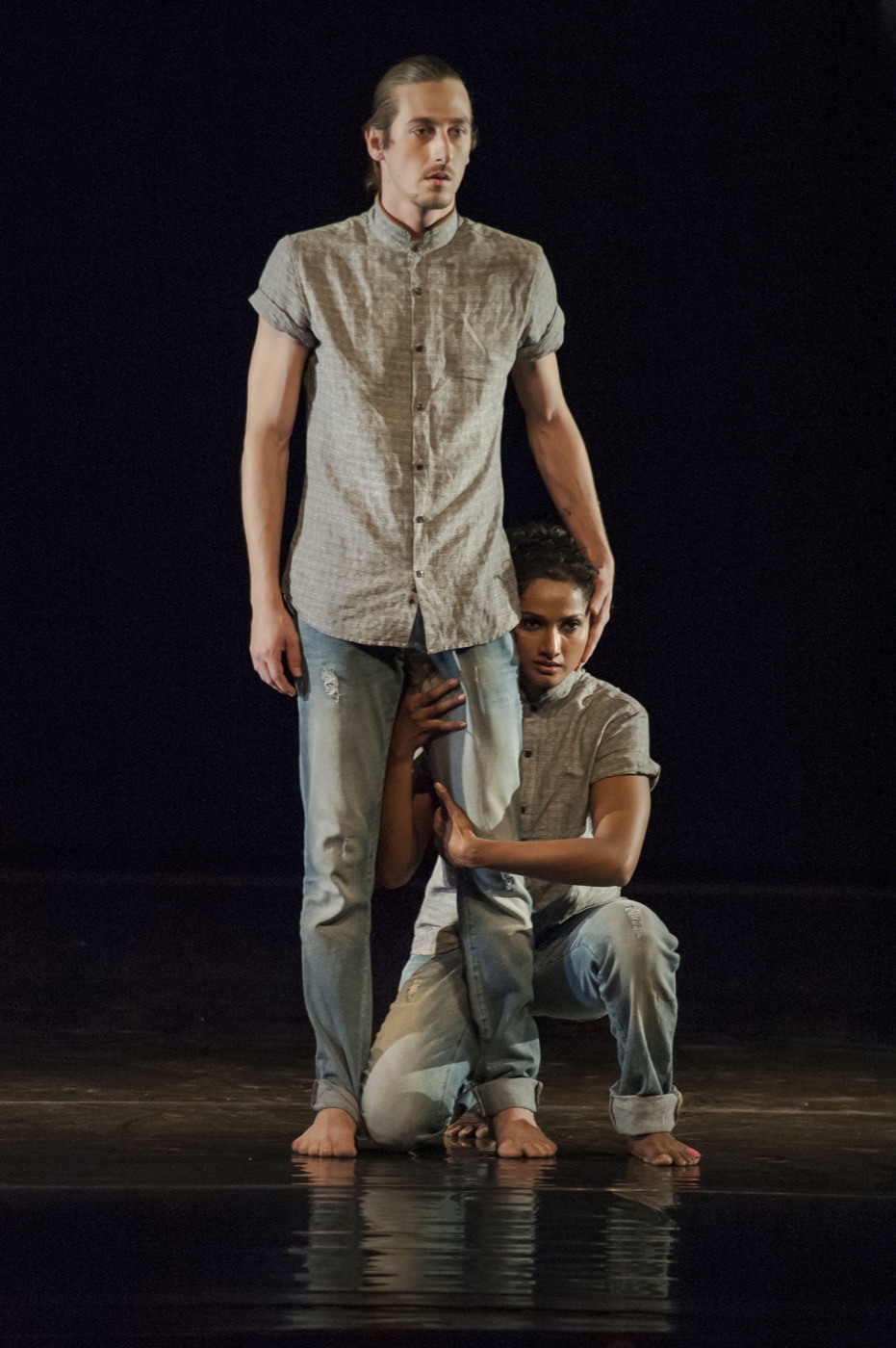 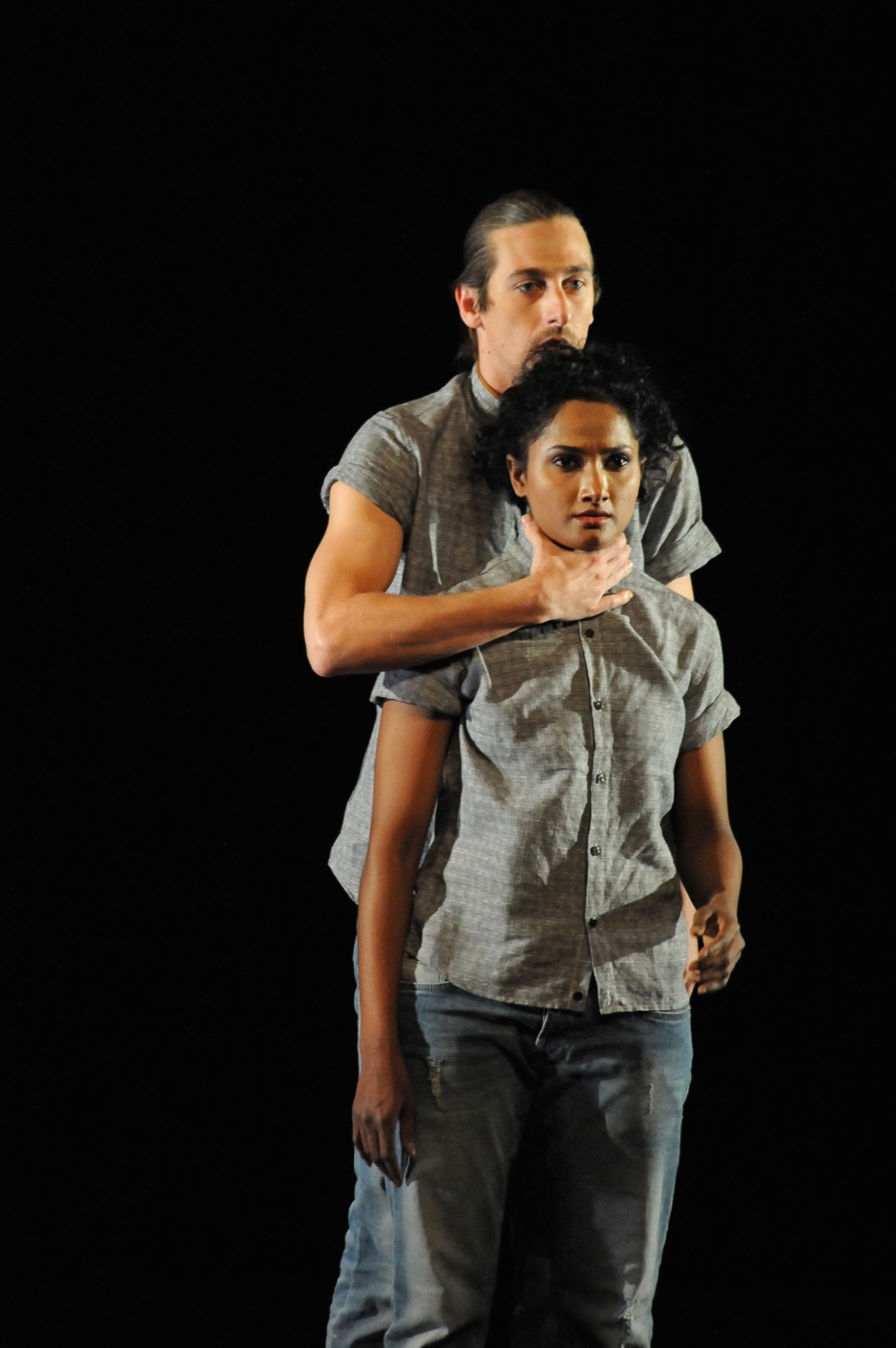 Here their edges are invisible. Together, they have worked to erase their own perimeter—an attempt at two bodies crinkling together. Created for FACETS 2017 (an international five-week choreographic residency for emerging choreographers), this work is Kerremans’ first with another dancer (he made a solo earlier last year) since leaving Scottish Dance Theatre in December 2016. The investment shown from both dancers is only possible when a trust is built inside and outside of the studio—sharing experiences, understanding each other, and what is permitted translates into an authenticity of touch. STTFT connects with an audience as we believe in their touch—how the toucher touches, how the touched responds to being touched. The infinitesimal tremors that surround the bodies send us signals, hold our attention, and guide our focus towards the choreographic intention. What we see in their slow circling and drifting hands isn’t choreographically radical or new but it is imbued with a purity and sensuality that belies the early stages of Kerremans’ career.


“People driven by a pursuit that puts them on the edges are often not on the periphery, but on the frontier, testing the limits of what it is possible to discover.” —Sarah Lewis


Mandeep Raikhy’s Queen-size was presented as part of Platform Plus, a new edition to the Biennial that presents Indian artists “who have carved a niche with their work and have emerged as important players in the field of contemporary movement arts”. Within the confines of a tightly packed room crammed with over a hundred other bodies, edges are highlighted, emphasised, and offered as a provocation. Queen-size runs in a 45-minute loop played continuously over two hours and forty five minutes in the round. Raikhy punctuates his work with chances for an audience to enter/exit the performance at specific intervals— a structure more commonly found in an installation and live art context. These visible edges are helpful for an audience as they are confronted with choreographic, representational content that some governmentally-minded people might find offensive; within the context of the audiences of South Asia’s largest festival for contemporary movement any visible reaction was muted.

Two male bodies engage in four-to-seven minute sections of fevered, urgent movement—bed hopping, grinding, and thrusting in various stages of undress (yet never fully naked). The audience are brushed by bare legs as each dancer paces around the central charpoy in an attempt to immerse and implicate the audience into this space of desire.

There is a marked difference when you tenderly brush an arm, grazing the skin with limited pressure, and leaving the imprint of your fingers in the arm like a memory foam pillow. A subtle brush is often more powerful than a ramrod when attempting to convey emotion and this was where Queen-size fell down for me. A constant exposure to non-subtle physical and sexual interactions has an initial impact, but the lack of nuance and emotional range of the dancers left me on the edge of authenticity. I didn’t believe what I saw and consequently failed to connect. Raikhy’s Queen-size is close to being a very good work which could be ready for an international touring market. The work explores socially charged histories, has an interesting choreographic palette, and represents an alternative voice within the contemporary dance ecology in India.

Within the Attakkalari India Biennial 2017, STTFT and Queen-size generated a lot of attention and discussion amongst the wider festival audience, demonstrating a hunger for work that responds to the politics and social frameworks of today. In our increasingly binary age where touch and human connection is seen as a radical act, these works sit well amongst the likes of Tania El Khoury’s As Far As My Fingertips Take Me, Claire Cunningham and Jess Curtis’s The Way You Look (At Me) Tonight and Verity Standen’s Hug—works that also challenger the physical and emotional boundaries of touch and the audience.


“Life, for people, begins to crumble on the edges; they don't realise it.” —Dorothea Lange

Ian Abbott is a producer and writer based in Scotland. He likes to make things happen using dance, words, art, and books. He can often be found rummaging in alternative fields of thought to translate, repackage, and enhance existing models. Twitter handle: @TheGeometrician