Vaslav Nijinsky’s Rite, with music by Igor Stravinsky, opened at the Théâtre des Champs-Élysées in Paris. Departing from the Ballet Russes’ usual aesthetic, Rite was filled with earthbound stomping, pagan Russian rituals celebrating the arrival of spring, and the sacrifice of a virgin girl, “The Chosen One”. The Observer called Stravinsky’s composition “musical impertinence”. 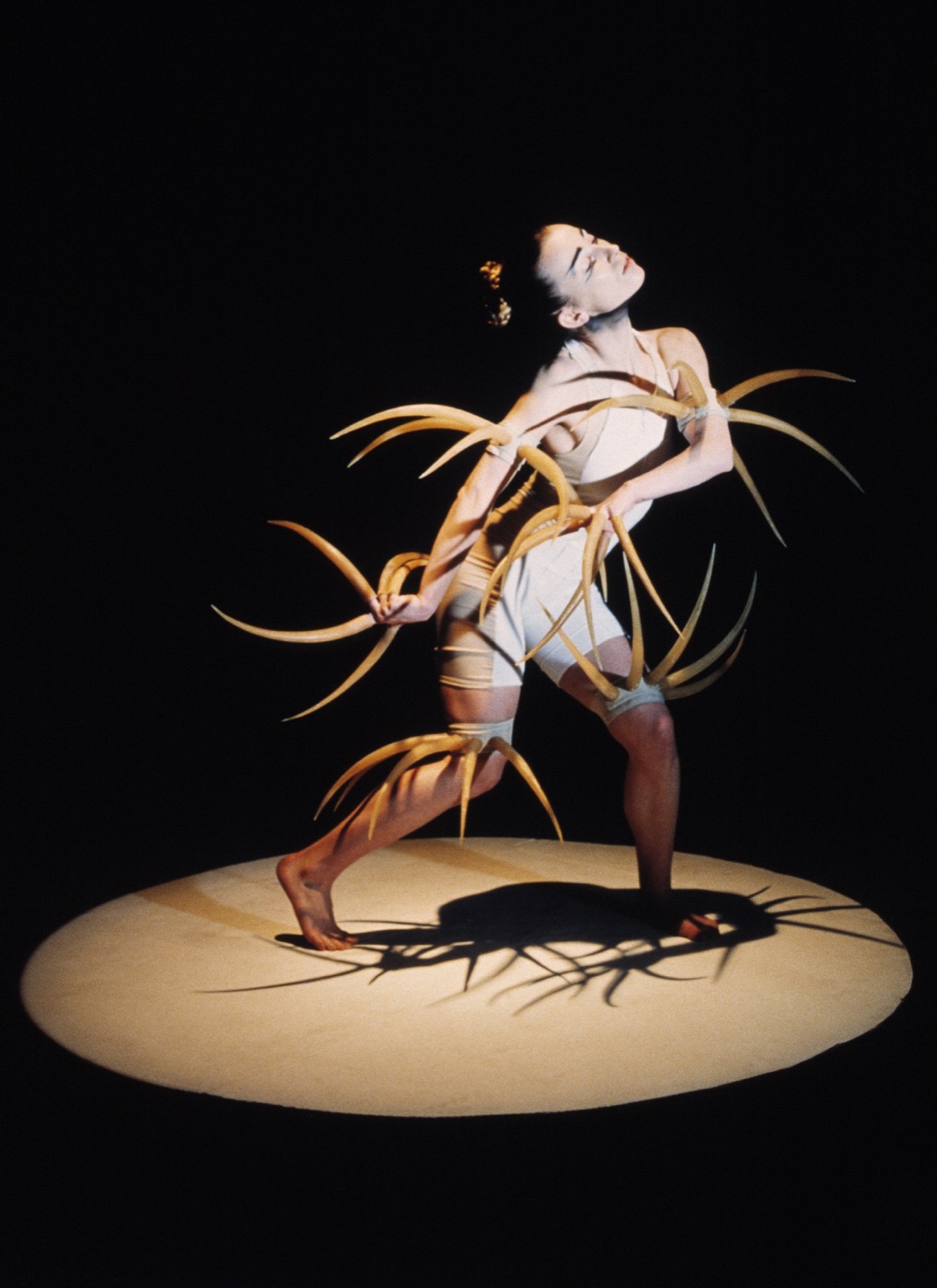 Between the explosive premiere and 1920, Nijinsky left the Ballet Russes, and Rite faded into obscurity. Sergei Diaghilev, artistic director of Ballet Russes, wanted to revive the piece in 1920, but the dancers had forgotten the choreography—a tragedy of the ephemeral form. A number of choreographic giants composed their own Rites, exploring unique movement languages and tweaking the infamous narrative. Leonide Massine, Mary Wigman, Maurice Béjart, Pina Bausch, and Martha Graham stand out in this rich legacy.

In 1987, The Joffrey Ballet performed a reconstruction of Nijinsky’s work. Lived recollections, sketches, and photographs brought back into existence a work that was thought to have been lost.

At some point closer to 2013, I learned about The Rite of Spring. I watched some of it online but was unable to grasp the cacophony of sound and the strange, primitive movement. I didn’t like it.

A century after its opening, The Joffrey Ballet performed the Rite revival at the Fine Arts Center at the University of Massachusetts. Reluctant towards the sensorial assault I knew awaited me, I went to the show because I was given a free ticket. Unlike in my first brief encounter with the piece, I stayed through the end. I can’t say I liked it, or even tolerated it, and I left feeling chaotic and irritated.

The following year, I decided to see the Martha Graham Dance Company, to cross it off my bucket list. Without checking what they were performing, I booked tickets. When I got to the theatre, I realised to my absolute horror that Graham’s Rite was on the bill. I could not believe I had to see/hear it again; I was not ready for it so soon. But I held my breath and took the plunge.

The haunting opening melody meandered through my mind like an earworm before the real thing enveloped me. While most of my visual memories of Graham’s Rite have faded, I remember taking home more feelings of expansiveness than the violence that had accompanied my previous visits with Rite.

Since 2013, I have realised that Rite has a way of finding me even if I do not want to be found. At the beginning of the Attakkalari Biennial I saw that Compagnie Marie Chouinard was performing Rite.

Rather than resist it, I decided to write. My desire to grapple with the work wasn’t founded in any positive passion for it, but an almost masochistic need to suffer through and make peace with it.

The morning before CMC’s performance, I attended the Poetics of Technology in Performance Conference. At the conference, Finnish dancer and choreographer Tero Saarinen spoke about his use of technology in performance in reference to his signature solo, Hunt. Guess what music he used?

In an informal discussion later on, I spoke to Tero about what drew him to Stravinsky’s symphony. “I was initially reluctant to use such an iconic piece of music but I felt that the themes I was exploring were reflected in the music. There is a messiness and innocence in it. I had to do it!”, he explained.

There are many layers in Tero’s explorations—the duality of masculinity and femininity, the information overload in modern life, hunting and being hunted, and self-sacrifice. His rendition echoes themes from Nijinsky’s work and the music itself. Interestingly, in Tero’s solo, we do not see the literal sacrifice we have come to expect in the Rite discourse. Instead, he argues that the act of performing on stage is a form of self-sacrifice. “You invest so many years of research, and the audience just gets a small glimpse of the work”, he said.

CMC’s Rite, made in 1993, marked Chouinard’s choreographic entry into modernity. But Chouinard doesn’t use the music in a novel way. Her interpretation is balletic and predictable. We see the music in the dancers’ bodies—their movemens mirror rises and falls in the sound. . Apparently, during Nijinsky’s premiere in 1913, the jeering from the audience was so loud that the dancers could not hear the music. At Chouinard’s performance on the other hand, the music swallows the dancers whole, and the dancers’ lukewarm act was no match for the power of the music.

Chouinard’s Rite looks too polished; it is clear that she intended for her dancers to reach a feral quality in their movement, but they never quite arrive. From my past experiences with Rite, I expected to leave with feelings of tumult and a raw earthiness, and I was disappointed by this rendition's sterility.

So why do people continually return to this controversial work? On one hand, choreographers work with Rite because the multi-layered, atonal, arrhythmic music strikes a discord in many. There is so much yet to be discovered in the score. Stravinsky’s music is an entry point into the avant garde work that pioneered experimental work in the twentieth century. People who choose to tackle it probably see it as a “rite” of choreographic passage, a way of acknowledging origins. The intentions of choreographers are undoubtedly varied, but speaking with Tero about his connection to the work confirmed these possibilities.

In the near future, TBD

Looking back at my (primarily) chance viewings of Rite, I find that the work follows me around. Our subconscious minds take us back to work that affects us in some way, whether we want to return or not. In my case, the feelings of chaos and dissonance are almost addictive. Rite will probably spring up unwittingly on me sometime in my near future— unpredictable and dissonant, in true Stravinsky fashion, Rite will seek, and continue to be sought after.