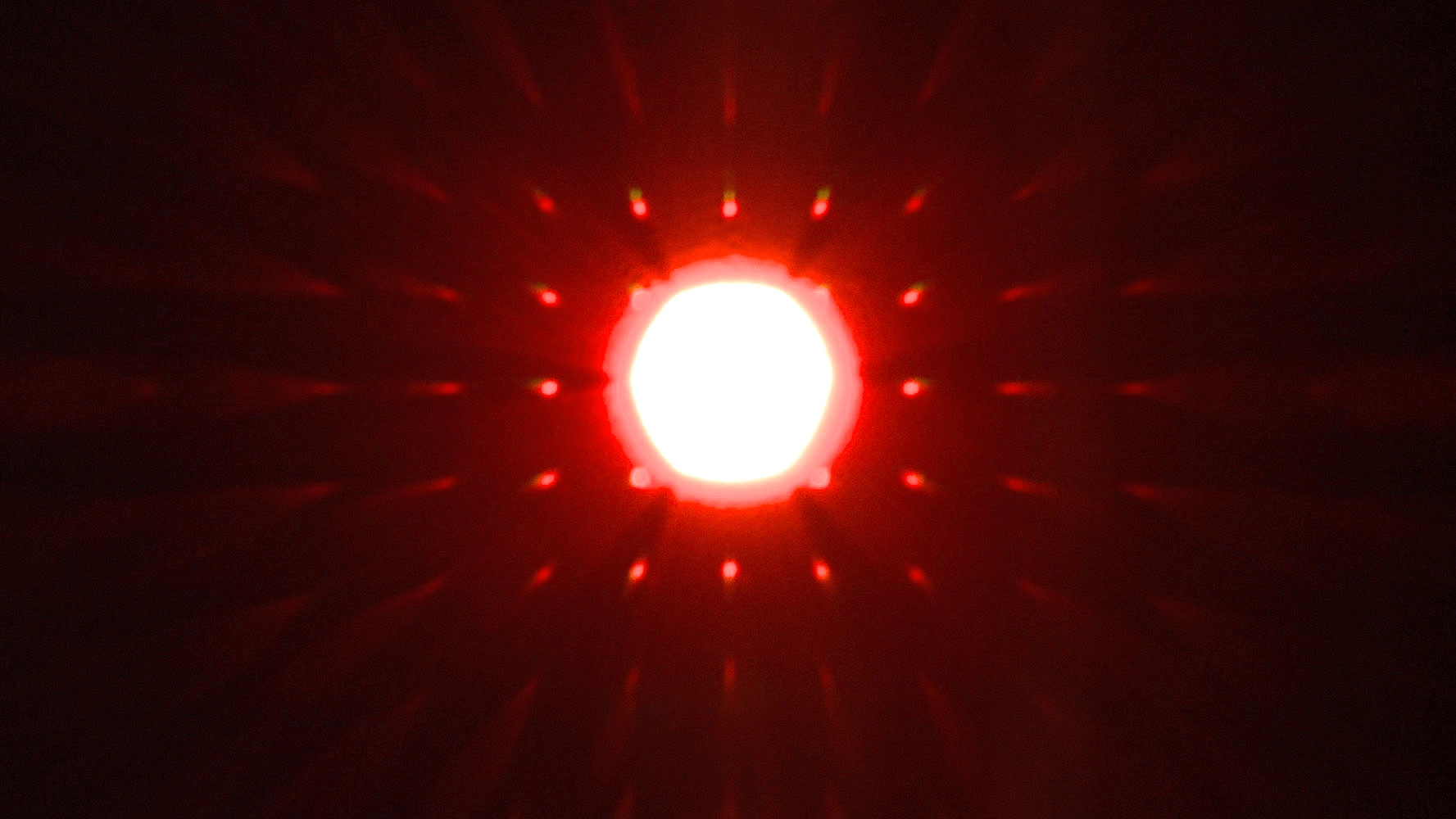 An interview with Christian Ziegler by Priyanka Borar.

As cleaning bots become common household objects, the concept of moving robots is far from alien. But Christian Ziegler has been creating robots that don’t just move but dance!

German theater director and digital artist, Christian Ziegler has been working on interactive media in performance for more than two decades. He has collaborated with several dance companies across the globe. With his education in architecture and a passion for scenography, his practice is evolving to blur the boundaries between moving bodies, spaces, and objects — he looks at them through a unifying lens of ‘moving sculptures’.

His current preoccupation is to work with movement possibilities of non-human or robotic agents. He makes a provocative statement that would take most dancers by surprise, “I don’t need dancers anymore”. A closer inquiry into his intentions reveals that he is getting more and more interested in bringing the audiences to dance and be the performer. He emphasizes the idea of participation in his works. His choreographic objects and robotic systems are a means to facilitate that interaction with the audiences and prompt them to move their bodies.

Whether robots can match the aura of professional dancers remains an open question. Irrespective, it’s fascinating to see how technology can playfully collapse the conventional distinction between a performer and a spectator. I am curious about how these spaces can change the way spectators perceive their own bodies and their relationship to non-human bodies. Could they become avenues for us to navigate our anxieties and excitements about digital futures? Could they bring more nuances to the ongoing discourses around technology penetrating our everyday lives? I resonate with Ziegler when he says “As every art form, contemporary dance is talking about our times”. His works are a testimony to the role that performing arts can play in bridging the gap between science laboratories and the public realm.

Ziegler has been a collaborator with Attakkalari Center for Movement Arts for more than ten years now. One of his initial engagements involved setting up a digital archive called Nagarika (http://www.nagarika.attakkalari.org/), which is an integrated information system on Indian physical traditions, specifically looking at Bharatnatyam and Kalarippayattu. He is now looking forward to collaborating with Jayachandran Palazhy, the artistic director of Attakkalari on an archive for contemporary dance in India. As part of the Attakkalari Biennial 2022, he conducted a two-day intensive workshop on “Interactive Media on Stage” with participants from the Srishti Manipal School of Design and Technology, Bangalore, whose backgrounds range from neuroscience, animation, visual arts and architecture.

Ziegler talks more about this and his other works in this interview:

Q. You’ve been working with digital media in performance for more than two decades. What is it that excites you most about working with the medium, and its possibilities?

A. The most interesting part is not related to media at all, it’s actually the interaction between two artists, and how that leads them to find new ways to express themselves. My media doesn’t just come in to support the narrative in dance. Like how it is the case in classical dance, wherein every element’s role is to support the story, the narrative. Contemporary dance is more abstract. It intends to show the beauty of body movement. As media artists in dance, we want to convey exactly that. We want to enhance the body’s ability to become a moving sculpture. The media allows showing morphing images, and overlaying them with translucent qualities of screens. These days you have sensors, where you can connect the physical movement of the dancer to sound and images. So, the whole body of the dancer starts to control the stage. The stage itself becomes a choreographic body. This is how my media augments the dance. I am interested in this connection between dance and dynamic architecture. I want to see the sound that turns spatial, and video that is like a sculpture. These are the qualities I am trying to achieve through my work.

Q. What are the kind of spaces you are interested in working with? How do you see the audiences’ role and experience change in these settings?

A.  I am most interested in the spaces where people come together in a public event. Thinking about how to make people physically involved in theater is what interests me the most. I want to bring playfulness and dance to the audience. Digital media makes it possible to open up the stage and have dance happening outside the classical theater setting. We can have site-specific environments. We can leverage augmented reality and virtual reality to create spaces where the audience connects to the performance differently. For example, if you bring the stage outside to the city, then the dance can go to the people in specific places. Or people can meet in an online dance attic as we meet on Zoom. In the future, I think dance and choreography can mean many things like non-human objects moving in a choreographic way, but still in dialogue with the moving dancer. These days I am most excited by choreographing robotic systems. ODO, the last piece I worked on, was along these lines. It invites five audience members on stage to become a chorus from the Greek theater. Their performance is guided by devices in their hands which are all connected to a single robotic system.

Q. One of your works involves creating choreographic objects. How do you go about giving characters to these objects?

A. I created The Pre-Choreographic Movement Kit with Bertha Bermudez, a dancer at the city company of Amsterdam. It contains interactive movement objects representing dance principles. Bertha was working on a specific dance technique for the dance company Emio Greco | PC while also doing her research on the relationship between qualitative versus quantitative descriptions of movement. We conceptualized the objects as a playful way of engaging with the technique. These objects generate music when moved in a specific way. So when you are playing with them you’re constraining your movements to a specific process of making music with them. For example, there is one glass pipe with a kind of liquid inside. You have to learn how to move the pipe at a specific pace to get the liquid from one side to another. And this quality of movement then gets embodied. Another one was a piece of rope that had weight at the end of it. You had to shake it at a specific frequency for it to look like a sine wave. Through these objects, we were looking at ways of documenting and archiving movement that is different from recording them in video, text, images, and sound. We were exploring how we can make it interactive, to engage the body physically and make the movements part of the body.

Q. You’ve worked on setting up a digital archive on Indian physical movements called Nagarika in collaboration with Attakkalari. And you mentioned you’d be working towards an archive of contemporary dance in India. How do you approach archiving contemporary dance? How is it different from classical dance?

A. Contemporary Dance is always in flux, so it’s difficult to create a singular reference for it, unlike classical dance. What is interesting about contemporary dance archives is to see the different styles which are evolving right now, and compare the styles even if you have never seen the performance. It is evolving in different places differently. And it’s impossible to compare them without archiving these different styles. But when you bring them together as an archive, you can see certain patterns and themes emerge that could be called the Indian contemporary style, and you can ask how it is different from European or American style. I see a huge difference between contemporary dance in Europe and America. The contemporary context is also related to the contemporary political, cultural, and also other conditions of each country. And it’s kind of like reading the news. As every art form, contemporary dance is talking about our times.

Q. Tell us about the workshop on “Interactive Media on Stage” that you conducted as part of the Attakkalari biennial 2022.

A. Through the workshop I wanted to introduce the participants to the digital tools for the stage. I started with Isadora, a software inspired by the classical theater setup. The software is named after Isadora Duncan, the famous American choreographer, who set modern dance principles in America. It’s a good software that demonstrates principles of on-stage interactions by showing the multiplicity of movements, lights, sound, images, and video. As a designer, I’m trying to be most true to the principles of physical theatre. In the workshop, I was trying to teach my participants the same thinking. At the end of the workshop, we also started working with Kinect devices to track motion and manipulate graphics, sound, and images according to body movement. These cross-references of the human body gestures, movement, and media formed the basis for this workshop.

Chris Ziegler is a media artist and director since the early 1990s of numerous international collaborations of interdisciplinary projects in the field of new media with the performing arts. He holds a Diploma in Architecture, studies Media Art. He started his career in 1994 at the Center for Art and Media ZKM Karlsruhe with multimedia projects for Frankfurt Ballett and Goethe Institute. His interactive installations, multimedia performances, and scenographic works are now presented at festivals internationally. He is regularly working in Asia on dance and media productions, such as in India at the Attakkalari Center for Movement Arts and Mixed Media in Bangalore and teaching workshops in Singapore and Japan.
Tags: issue1
Prev post 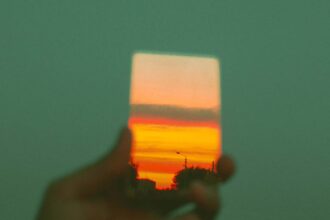