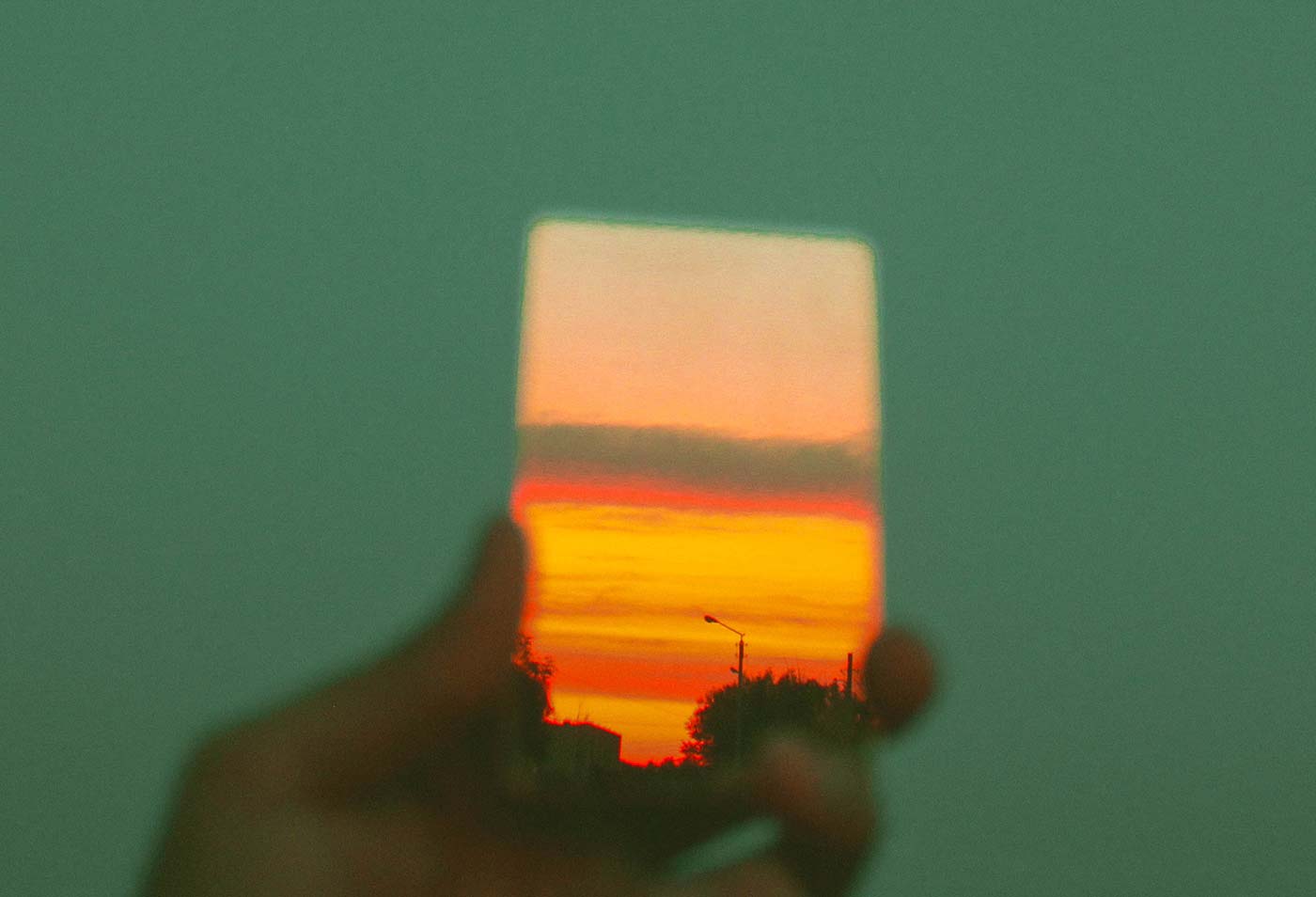 How do we begin writing or talking about something like rejection? Firstly, let’s get comfortable with the context. Within the dance ecology exist two sides, the funders and the funded. Within the funders we have organizations, trusts, foundations etc. They use ‘OPEN CALLS’ as a tool to ‘open up’ the scope of investment and curation. It also becomes a mechanism to provide accessibility for such funding to any dance practitioner around the globe. Various applicants apply and either get selected or rejected. Upon selection they receive the support promised, in any form and not just monetary. And upon rejection, they receive a rejection mail. This is the basic skeleton of an open call. The system of an open call when seen as a tool is, in paper, quite liberal and the curation becomes very vast. But, what about the rejected applicants? What becomes of them and their proposals?

When given a chance to contribute an article for Ligament 2021-22, I settled upon rejection as my key inquiry, and decided to talk to a few of my artist friends, peers and colleagues, who were also presenting their works in the Attakkalari India Biennial 2022. With an intention to understand and share experiences of rejection, I present the following excerpts from our conversations:

“Your rejection depends on many factors and not just your ability. So, I realized that there are certain factors that are beyond me, which are going to lead towards my rejection in a certain space. But where everything… all factors are well balanced and there is some sense of equilibrium, there I would get it. There is a fair amount of exchange that I can sort of facilitate. For the person or the space who is selecting me. So then it’s a fair deal. It is really a deal at the end of the day. If you work for the deal, then you get in. And if you are not fitting into the deal then you are simply not. It’s not to do with how much you know and how much you don’t.”

“Whenever we write a proposal, we always try to be sincere towards the work and then submit it to the panel. The thing is that, the panel consists of a very small team. Probability of selection is very low. I know, it is easy to say so. But again, we cannot, maybe, satisfy all the audiences that exist. Even in a live performance, that performance may not satisfy all the audience, as audiences react differently. Just like that, maybe that panel, they were not satisfied with your work.”

“I think the biggest thing for me is the care that someone who goes through the application gives to the people who are rejected almost speaks more than how they respond to the people they select. There is an application called XYZ (name changed for various reasons). It has a two-step application process, where the first step is two small questions of 250 words and the second step is three large questions of  about 1000-1500 words. And they don’t tell you if you are going to qualify for the second round, but you have to fill both the applications. And I didn’t even make it to the second round but I had filled in these three answers of 1500 words, which were not read. So something like that, to me, comes across as sheer exploitation. I think it’s important that we voice these concerns. I didn’t feel so bad about being rejected but I felt bad that my application had not even been considered. That was just unfair on a different account. This idea of care really ties into the application process for me. And I have been rejected from places where I have felt really excited to apply again, after facing rejection the first time, because I have felt, ‘okay, maybe someone else did have a better shot and you gave me some nice feedback and I can go off that and build on my application’. So it’s really about how sensitive they can be towards the rejected applicants.”

“Writing grants is a full time job or even applying for anything. And as people that are not employed by just one person, in dance we have to do it constantly. So I think the question of health, I would categorize it just as health and not necessarily mental health, is something that gets swept under the rug. Because we are expected to dance all day, we are expected to do admin, marketing, design, write about our work, blast it on social media, all of this and we are not paid for most of this. So I think that the will to create, the will to be alive in the process of dancemaking etc. Yes, that is a motivation but there is so much more to it. And all of these other aspects take a lot of time and energy. Often, what happens is that the amount of work that goes into a choreographic process is not acknowledged by the people that are not in the work. Now, I am thinking of applying for grants and projects, more in a way of it pushing me to actually write a proposal without the expectation of getting the grant. Because then, I, at least have a jumping off point even if I don’t get the funding. Now when I don’t get accepted for whatever I apply for, it’s okay, as I have the proposal, so I will find another way.”

“During the pandemic, each concern was spoken about. We spoke about workers, we spoke about rising prices of commodities. We addressed each concern. Tenders came out for each of these concerns. What about the artist community? No mainstream media house wrote a single article on the unemployed artists. What about Art? What will happen to the artist communities? Because, in our country, till now, Art is still the 6th subject in our education system. People say, you are an artist then you are nothing. If the state doesn’t support us, then who will?”

“I think, for me, what is challenging about rejection is the fact that we put in a lot of work into thinking and writing about dance. And I feel, for a lot of us, the line between personal and professional is so blurred. So when I write an application, it’s really about, this is my investigative practice but also how I view the world. So we tend to put a lot of care, time and energy into it and also besides the time we took in putting our application together. If we get it, let’s say, it’s one way of financial stability to sustain our artistic practices. There is a lot at stake, for me, sometimes I feel.…A lot of the times, what I have started finding and what I am trying to do in overcoming rejection, is finding ways to sustain practice without these funding bodies. If I have a thought or an idea put together for an application but how can I make it happen anyway? Last year I went to Dharamshala for a residency. It came out of conversations of what I want to develop and someone saying, ‘here, come here’. It was not through applications. I think all the rejection is making me creative in making things happen now.”

“For me, on some level, rejection was a very discreet thing. I was constantly feeling that I don’t come from an institution, I didn’t study dance abroad or I was not in some very well-known dance company. So there was this impostor syndrome, like I don’t think I am a real dancer. And so, it’s not so much rejection but this feeling that I don’t even come to the point at which I can be accepted or rejected. And this was a problem for a long time, for me… More recently, I have started to think of being in the process as more important than being good at it or not good at it. And also the times I have had acceptance for an application, I have found myself feeling very happy. And then I have to question myself whether the granting body giving me an acceptance is more important than my faith in the strength of my own idea. In a sense, they accepted me but do I really believe in my idea, regardless of their acceptance. I think it’s also a chance to ask, is this just feeding my ego? Because, I feel like now I am an artist because these gatekeeping institutes have picked me, so now I am an artist. Which is also stupid. So it’s constant, whether there is acceptance or rejection, both of them are kind of humbling in a similar way. At this point, that’s where I am.”

Unlike in the West, where most world renowned dance companies are based and dancers get employed as full time artists by them, in India we have very few dance companies and collectives, and those too constantly struggle to sustain themselves. This leaves many of the contemporary dancers in our country dependent only on such open calls and the fund they provide. When one keeps getting rejected, the question that one is confronted with is, how does one survive as an artist? Will our works only see the daylight when an institution says ‘yes’? In the process of creating a work, very few established artists are able to access a managing team and support. In most cases, an artist is their own manager, own technical director, does their own PR, does part-time jobs, takes care of their dramaturgy, invests their own funds, is their own rehearsal director and performs several other roles all by herself. All this labour and effort is not acknowledged, it’s invisibilized or romanticized as the “struggling artist’s life”. But an artistic life cannot be about free labour and insensitive formats dragging her down forever. So, rejection is much more than just receiving a ‘no’.

In the past two years, our world has changed upside down. Our ecology and economy has fallen apart and the artists are facing a huge unemployment crisis. We know that the world is not fair but it can at least attempt to be. And maybe in those attempts we will figure out a way to become more sensitive towards the rejected, especially during such trying times.

In the start of this article, I was unsure of how these conversations would take place. I was sceptical if the inquiry would lead to any substantial knowledge for the reader or for me. But now, I consider these conversations as seeds of change and awareness. A single article cannot address the innumerable issues that these conversations have brought to the fore for me to investigate further. This is my naive beginning.

Artists who were interviewed: 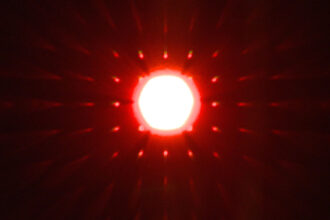