Few flashes from a Somatic Movement Workshop… (by Sandy Cuthbert, excerpts from my diary)

So, I logged in from my dance studio- armed with a chair (if I wanted to rest!), space to move, pen, paper, water and apprehension. I see Sandy Cuthbert, facilitator for the workshop also in a studio- like the stark, professional ones I saw in other online videos. Some technicians were assisting her with music whenever she called out for. There were 2 camera angles (or more?) which I later saw that helped show her movements clearly to us. She cheerfully greeted us-a group of about 8-9 participants that included dancers and non-dancers.

Sandy began with a small intro about what we’d be experimenting with. It was all about how our bodies would respond to her suggestions. She called it the “lived body experience” and how it would facilitate “self-awareness”. Our core prompt was to “listen to the body” throughout the session. With that, we began initial warming up. We touched our body parts- had to “feel” them. From head to toe, front and back- running our fingers over ourself, tapping briskly, gently thumping with the fists… it was like awakening and loosening each fibre…preparing every cell to respond.

This was unlike anything I had done before in my years of Kuchipudi training. We do warm-up, but this is physically seeking approval from all the molecules to get up and go. The closest I could think of is a massage- a good one that is sleep-inducing, but here it awakened and activated. Perhaps that’s why it had to stop after a few quick rounds! Then we started motioning our fingers- in various possibilities, rotating, revolving, shaking, flexing- like the beginning of actual movement?!

Next, it was transferring this motion to another part- the arms, torso, feet… to see the responses and abilities of different joints. And then, it was the entire body as a whole, just going with the flow, no restrictions. Nonetheless, Sandy advised us to be alert of which part led the action. Ok, so we move like an ‘S’- how are we starting? with our fingers/shoulders/feet and then shifting to which part… This brought my mind back to the body from some state of gay abandon- slightly restrictive and something that might mandate practice! Or I would get lost in that free play…

The one-and-a-half-hour workshop was based on vocabularies and inspirations from the film ‘Epilogue’, choreographed as well as performed by Sandy Cuthbert and Jane Mooney. The story of ‘Epilogue’ was about the various phases of a dancer’s life (rings a bell!) Back to the workshop, it progressed in three stages. First, it was the birth of a dancer. For this, we did some floor movements beginning with the foetal position to gradually becoming erect. We discovered (or tried) how we could move our body in each position in that process- bending, rolling, flat on the floor, on all fours, then on both feet. The floor movements enabled me to see the space around from a peculiar perspective- how come that massive mirror in my studio appeared even wider when I was lying flat with my head away… how it was even with my size as I stretched and pushed towards it upfront… Also, I never attempted any kind of manoeuvring lying down on the floor- it was unsettling. Do I want to try those again?

The second stage sparked something deep inside! We had to close our eyes and imagine ourselves the first time we ever danced or moved and then come back to the present and sense the body with those memories. When did I first move? It was easier to think of my initial formal dance lessons and those disconcerting feelings before dance became integral to me… Next, we got to do interesting exercises like writing the first 5 letters of our name with the body- using one body part at a time and improvising- playing with space, size and tempo. I could think of letters in block, cursive, various fonts and different languages. I even thought of playing around with numbers. That would give lots of prospective movements?!

At that point, we were asked to think of 3 things that fascinated us and were given about 2-3 minutes to explore those using different body parts. So, I quickly chose a. antics with hands, b. how all can pelvis act and c. how fast could I move! We did this to instrumental music tracks played by Sandy. Then again, as I listened to that music for the first time, the focus was more on the body than on the sounds. Sandy herself was doing some of the movements to guide us through. We were not imitating; it was more of following her verbal suggestions and letting our body decide its path!

On to the last physical activity for the evening…we had to keep the music in mind (Sandy said, “…music is a love letter to dance!” How lovely!), modify our sequences from previous exercises, if needed, and put up a show kind of thing. We were divided into two batches- one to perform, and the other to watch and observe self-reactions. This was exciting as I could see what others tried-till then, I was engrossed in my own experiments. It was remarkable to watch the range of movements. What struck me here was that it is not necessary to be always elaborative or go big- it could go inwards too, unpretentious yet intense. Think…

The finale was to imagine our future- visualise where we want to be, the space or costume or feeling or whatever we wanted. My mind navigated through those beautiful moments… dancing heartfully, forever on ‘that’ stage… And then we had to transfer those sensations and, in return, receive from others in the group- we literally touched the screen, pouring our vibrations and accepting. This felt surreal, and I could feel the lack of physical presence in this virtual space more than ever! It felt intense and stimulating, and how wonderful would that be in real! What would my fellow participants transfer to me- their passion? The bright and happy future prospects they dreamt of? The calm and content-ness that was gradually enveloping? At least, those were the few thoughts I was surrounded with at that moment. Sandy had literally brought my wandering mind back to the screen by asking us to be in the present. She meant that we relish the moment in movement and concluded by suggesting that we listen to the body and connect to the delight like a child while moving.

If there is one word I would give to this workshop, it is ‘feeling’. FEELING– the body, the space, the movement and the moment! The central concept explored was going with the feel, being mindful of which part leads the movement and eventually arriving at a closure. It was a happy mix of physical and mental senses where I could move uninhibitedly– well, mostly. At times, I went into some kind of controlled motion. Why? I did dive into this kind of ‘free movement’ earlier in my own practice sessions to see what it is like. Now it has a name- somatics and also a sense– which part am I moving first, what is leading what, how am I kindling a part or what is provoking me to do something or even move at all…….

As an active practitioner of Kuchipudi, I had fascinating experiences- fondness towards a song, a movement, a narrative, the space, or such, but I felt intimate in this workshop. Somatic movement, as I gather, is about the internal experience rather than how it appears to the viewers. As it was meant, I was not performing for a show. It was for the self… love for body and movement, sans any grammar and without any pressure of what a spectator’s eye would think! I might want to delve more into this sort and see whether or how it could be applied in my style… Perhaps when I am practising or composing or just for the sort of passion I would experience exploring my body with such awareness. For that, I need to learn more about…Somatic Movement! 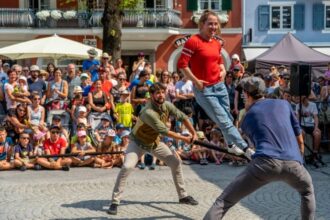